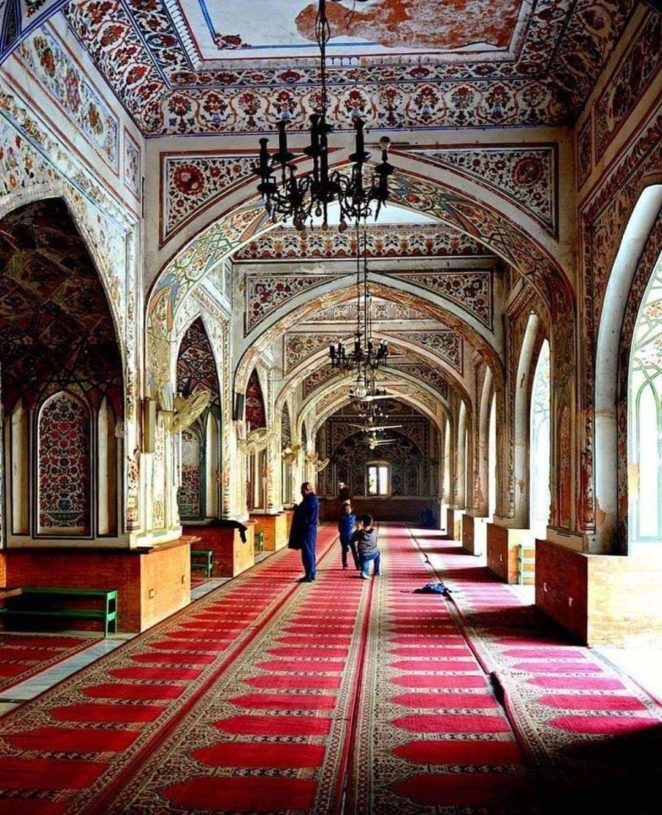 The Muhabbat Khan Mosque is a 17th-century Mughal era mosque in Peshawar Pakistan. The mosque was built in 1630, and named after the Mughal governor of Peshawar, Nawab Muhabbat Khan. The mosque’s white marble façade is considered to be one of Peshawar’s most iconic sights.

The minarets of the Mohabbat Khan Mosque were frequently used in Sikh regime for hanging prisoners. Five people per day were hanged from the minarets during Sikh regime.

The mosque is 30,155 square feet in size. Masjid Mouhabbat Khan is one of the oldest building of Peshawar.  Large number of tourists used to visit Masjid Muhabbat Khan every day.