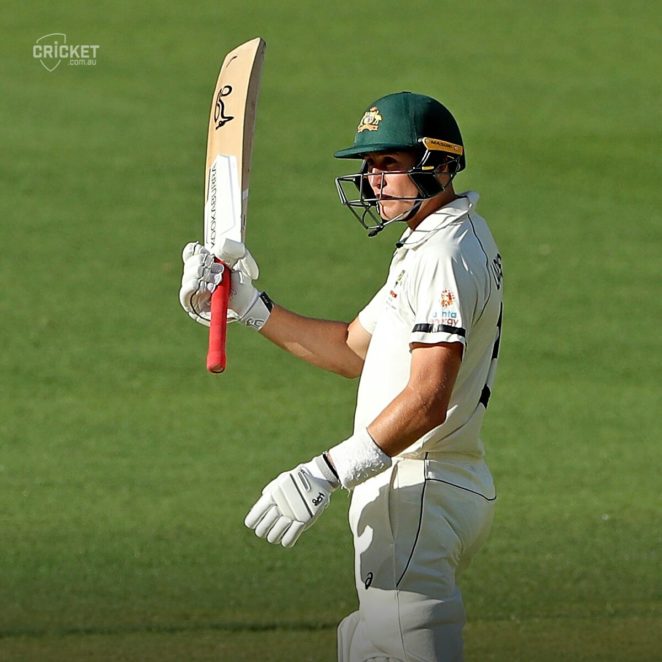 “He came, he saw and he conquered”. This idiom was probably intended for the Marnus Labuschagne. The young South African born batsman made history in a few months. The Australian batsman, who played only fourteen Test matches so far, hit a century in Perth against New Zealand today and registered his name in the list of great batsmen who made the hat trick of centuries in test cricket.

Not only this, when he completed his thousands test runs today, he became fourth Australian batsman who achieved this feat in less then twenty innings. The 25-year-old, who has batted in just 18 innings has entered the top ten in the ICC batting rankings and with 959 runs, he is the leading runs scorer in 2019.