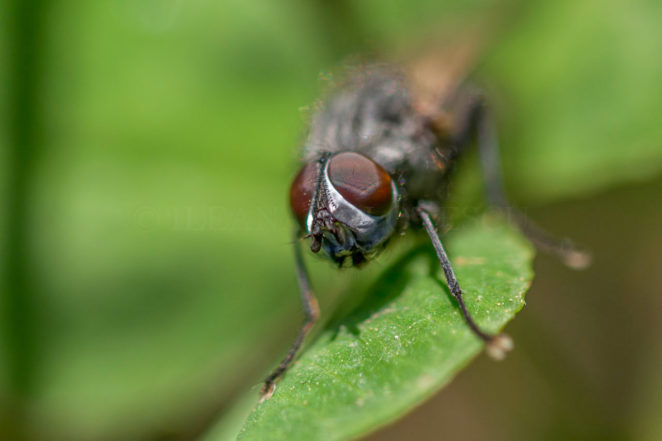 I want to point out from the beginning that I hate flies. However, they are an interesting topic for macrophotography.

In previous posts I showed you fruit fly and hoverfly. For today I have chosen one of the biggest nightmares of Maya, the house fly.

The house fly is probably the most common and widespread animal in the world. It is an insect, which spreads many pathogens that cause disease. It is gray in color, with four dark stripes along the back. Her eyes are two large brown balls on each side of her head. Each eye is made of thousands of lenses. Each lens contributes little to the image the fly sees. The two big eyes of the flies are called compound eyes. The fly also has three simple eyes, which can only be seen under the microscope, at the top of the head.

Shring these photos with my Macro Monday Challenge