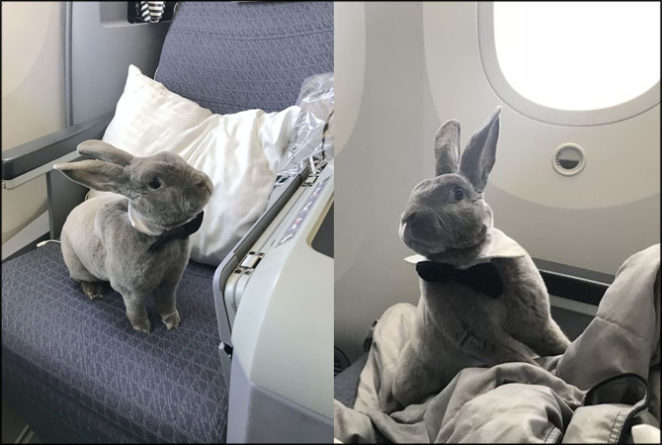 Yes .The ‘coco’ rabbit lives a luxurious life we can only dream of,  but Takakoo Ogawa, the owner of ‘Coco’ and her luxurious life, loves her pet rabbit so much and carry it with him everywhere and every time Coco wears a bow tie that adds four more stars to her beauty.

Coco recently made an 11-hour long trip from American city San Francisco to Japan on American Airlines. As can be seen in the photos, ‘Coco’ was given a separate set and cushion, while a glass of wine was served along with the meal to COCO.

Coco also has an Instagram account that has millions of fans, and a sample of which was given by the plane’s air hostess, who changed their duty repeatedly to meet Coco during the 11-hour journey. This was not Coco’s first trip, but Coco had already traveled from Japan to California with his 32-year-old mistress.