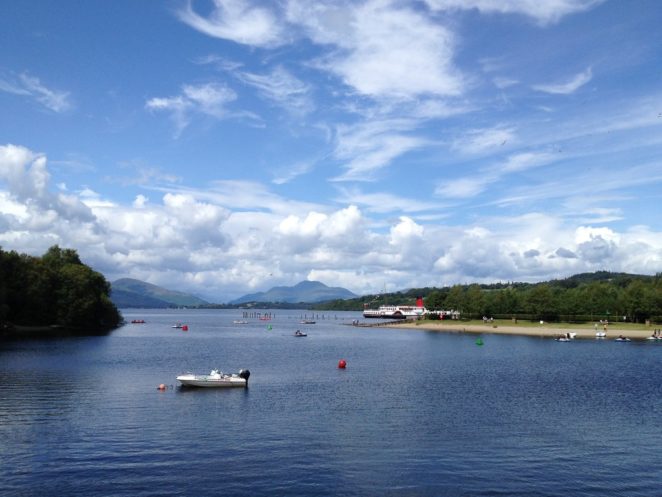 Loch Lomond and the Maid of the Loch

This freshwater loch, famed for its “bonny, bonny, banks”, is 24 miles long, 27 square miles in extent, and marks the point where Highland and Lowland Scotland meet.

Geologically, this region is known as the Highland Border Complex where an ancient mountain range collided with lowlands composed of Devonian rocks, with a mixture of marine sediments thrown in. It is possible to see the corresponding fault line, running across several of the islands in the loch, from the summit of nearby Conic Hill.

Loch Lomond and its surrounds are very rich in wildlife, this being a sanctuary for many over-wintering wildfowl such as Greenland white-fronted geese. Over a quarter of all native British plant species can be found here.

There are many islands in the loch, most of which are privately owned, but access can be had to the nature reserves on Inchcailloch, Bucinch and Ceardach.