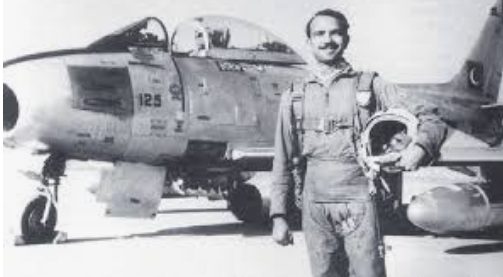 Muhammad Mahmood Alam was a Pakistani Air force fighter pilot. His nickname was “Little Dragon”. Like any other fighter pilot he was also a normal person. But during Indo Pak 1965 war he did something special. MM Alam is remembered for his remarkable show of brilliance on 7 September 1965 for establishing a world record of downing five Indian aircraft in less than a minute, the last four within thirty seconds.

He officially credited with having downed nine Indian Air Force aircraft during the Indo-Pakistani War of 1965.