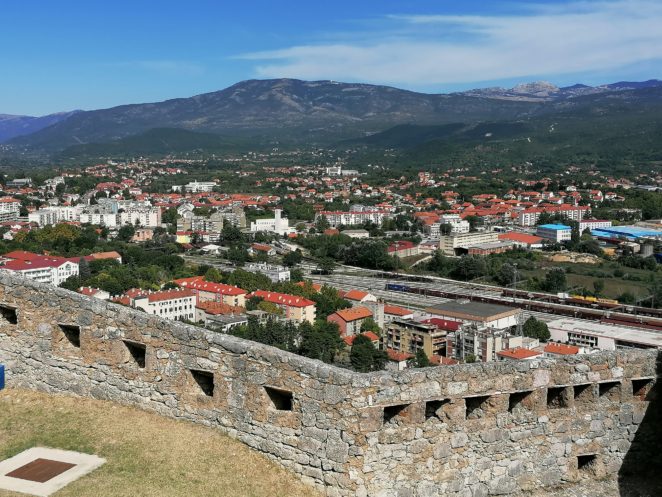 As I mentioned earlier, I also visited the neighboring country during my vacation. On the way, I also stopped in the small town of Knin. Knin is not located by the sea. However, Knin, with its striking fortress on the Spas Hill and the source of the Krka River, as well as the vicinity of Mount Dinara, can be a great “excursion spot” or a great intermediate stop along the way. The fact that Knin was the main center of the Croatian kings who ruled Dalmatia and the rest of Croatia was easier to testify about the famous past of the city and the fortress itself. Knin lies on the border of Bosnia, Lika and Dalmatia, the town developed on the slopes of Mount Spas. Due to its highly influential strategic position, which enables the easiest control of the key connection between the land and the sea, Knin has for centuries been the “gateway to Dalmatia”.