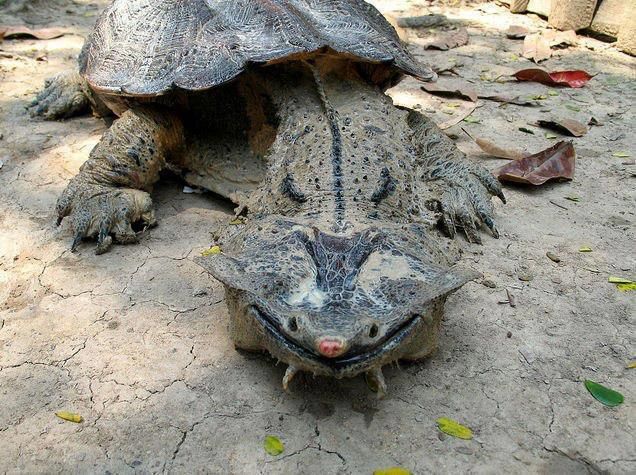 The poor, ugly matamata turtle has been given a name which means “Kill! Kill!” in Spanish. This unfortunate turtle was also born with a long neck that has warts and fleshy folds, a large flat head and a snorkel-like nose so it can breathe underwater.

The good thing for this turtle is that his head and neck make him look similar to a pile of rocks so he can camouflage himself against predators. He makes his home in the waters of northern South America. Since he can mask himself the matamata turtle waits for fish to swim by. Then it sucks the fish in and closes its mouth swallowing the poor fish whole.