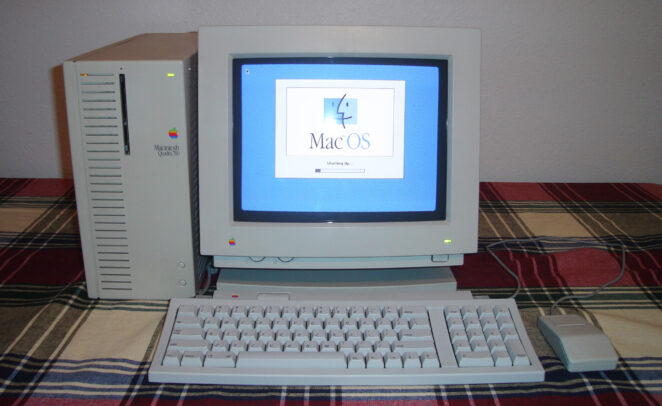 Many years ago in Cincinnati Ohio, I worked on a helpdesk. We were there long after the computer store was closed. So we would change the start-up sounds for the computers that were left on.

yes, that one was our favorite!

This clip from SNL is funny but also sad. Chris Farley and Phil Hartman were both taken from us too early!

I was working on a helpdesk when Apple Announced the new Qudra Line of Macintosh computers. I ended up getting a great deal on a Quadra 700. More power, more memory, and a smaller footprint than the Apple Macintosh IIC i had on my desk.

i actually started running a BBS with the Quadra hosting a FirstClass BBS system. The system was mostly so that I could connect the Dead Teachers Society listserve (DTS00L) with the Bitnet system. Bitnet was a collection of forums and discussion boards.

The DTS or Dead teacher’s society was started by me. It was focused on helping teachers deal with the frustrations of teaching. Even though I wasn’t in the classroom the society was still going strong.