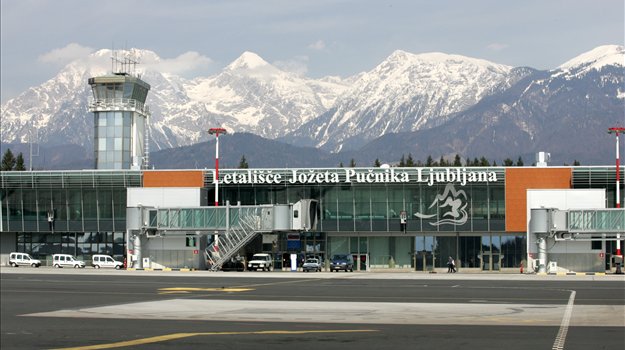 Jože Pučnik Airport Ljubljana is the central Slovenian international airport through which 97 percent of all airline passenger traffic in Slovenia takes place. It lies 26 kilometers northwest of Ljubljana near the Lower Brnik. The airport was opened on December 24, 1963, and regular traffic took place on January 9, 1964. The airport network connects several foreign regular and low-cost carriers and the domestic airline Adria Airways, which operates regular and charter flights to various European cities and the Middle east. Regular bus lines connect the airport with Kranj and Ljubljana. A plan is already planned for the extension and modernization of the airport. The project envisages the construction of a new passenger terminal, which will cover an area of over 10,000 square meters. The construction is expected to begin at the end of 2018 and the project is due to be launched in 2020.