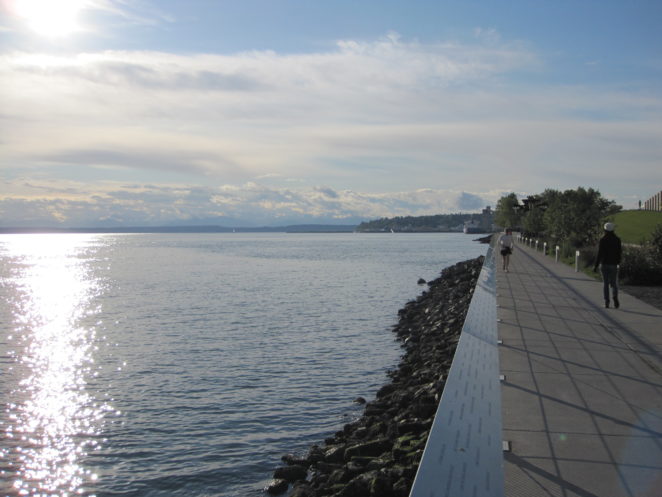 Apple Pay and Android Pay are systems that use what is called NFC or near field communication. The phone is a secure device that supports the NFC transition. One of the things that I suspect the implementation of 5g throughout the world that is going to change is that NFC. You see, with 5g, either mobile for fixed (fixed is when the 5g signal goes to the home or business and is then shared by multiple users in a building or home), everything will become NFC. NFC with a lot more data available. I was in downtown DC about two weeks ago, and with a 5g hotspot, I was able to get 1.2 megabytes download and 1.1 megabytes upload. At the same time. I was uploading a one gig file and downloading a one gig file simultaneously.

That’s what 5g brings. The ability for applications to now moves massive amounts of data quickly. That got me thinking about Wifi6. Wifi6 is the upcoming or recently released new standard for Wifi. But with 5g, having more bandwidth in more locations, I wonder if Wifi6 might be the last Wifi ever deployed in the business world. It raises a technology question that isn’t always considered. Does the future now change because of what is happening now? If you watch superhero movies, or movies involving the many time-travel theories you know of the butterfly effect. What that says if you kill a specific bitterly, and that butterfly has an impact on the world, the next day history changes.

Well, the future, that will be the present that could once have been the past, will change.  I wonder having been playing with 5g for a bit now if the future hasn’t already changed. The first significant impact of 5g will be the reality of what people do with devices. I know that the fast runner who leads the pack early in a footrace is called the rabbit. Normally the rabbit slows down and falls back to the pack. But what if because of the evolution, 5g as a rabbit is going to lap the field. Then if 5g slows down, it will take the rest of the pack a long time and a whole track to catch up. Suddenly, the rabbit the race which doesn’t usually happen in footraces.

But it appears that 5g has changed the butterfly. What WiFi 6 was going to bring to the market, 20 years ago, may no longer be relevant now.