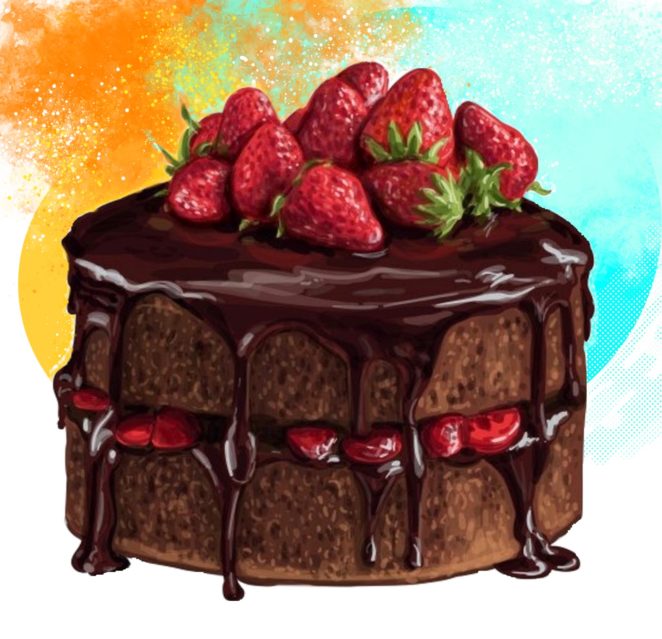 A woman asked a spiritual teacher, “Guru, can you tell me about the creation of the universe?”

Instead of answering right away, the teacher cuts the cake, takes the piece and eats it. “Delicious! This cake is delicious. Did you make this cake yourself? “Asked the teacher who was then answered by the woman,” Yes, Teacher, I made the cake myself.”

“Hmmm… You are good at making cakes. What are the ingredients?”

“It is made from flour, eggs, butter, sugar, chocolate, and others.”

“That’s exactly how the universe was made. Everything you know now actually existed since the beginning of this universe. They all come from something that was already there but in the initial state which is always free. Because of the influence of universal inevitable laws, free materials then begin to be close to one another. They bind together, unite and subsequently become a new material form that is more easily visible to you. If you think that in this universe something is created from what did not exist before, then that thought is only due to the limitations of your mind being unable to understand its truth.

You are a combination of body, mind and soul matter. All the ingredients that make-up you, exist before you existed. Your body comes from the material elements of the universe which also form all the stars, the earth and so on. Your body’s material has been around since this material universe was created from what already exists. Your mind comes from the Soul intelligence that has existed in this universe from the beginning. And your soul, your true self, is something that comes from something that already existed, namely from the Creator, from eternity.

In all the folds of time past, present and future, the creator is both spiritual immortality as well as material immortality, is energy and matter that is always eternal. Always in this universe. The Creator exists from what was ever be, all that now existed, and which will be.

I dedicate this writing to you, cake makers who have united all ingredients with love to become something delicious, also for cake lovers who have enjoyed cake with all appetite and joy. Don’t ever forget, there is a universe in a cake.