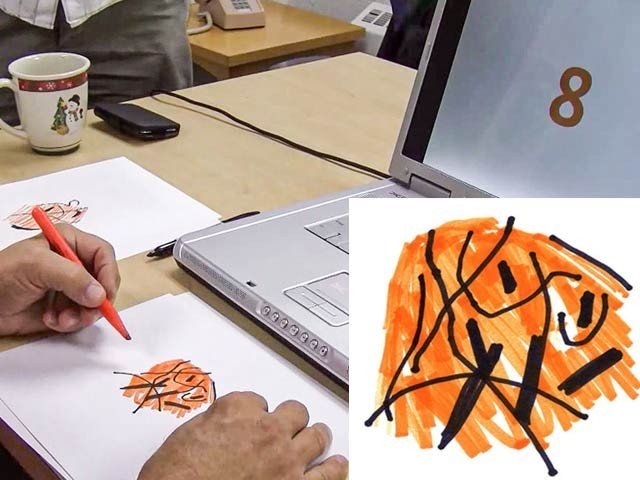 It has been revealed about an educated person that he can read words and letters but even consciously he does not understand numbers nor can he form them.

This person was shown the number 8 in its original form, so he was unable not understand it and when it was rotated 90 degrees, it looked like a mask to him.

This man kept looking at the numbers, but he couldn’t recognize the numbers. This situation came after an accident. Experts say a man named RFS (because experts do not want to reveal the patient’s name) is a geological engineer by profession. He is being treated by Oliver Sex, a psychiatrist.

RFS is now 60 years old and has been suffering from pain and convulsions for some time. Doctors initially thought he had a stroke, but after further investigation, he was diagnosed with a strange disease called ‘cortico-basal syndrome’ in which brain cells begin to deplete rapidly.

This person suffering from this strange disease sees the numbers in the form of tangled needles instead of inverted or oblique. Now they can’t read the price of the goods and don’t know the speed of the car.

When he go to the hotel, their room door is marked with their name on a white piece of paper or marked instead of a number. Although he can count in their brains, they have difficulty understanding numbers 2 and 9, but he still understand numbers 0 and 1.

۔This is because these two numbers, 1 and 0, are like English letters and their brains can understand them. Now Experts from Johns Hopkins University and other institutions are conducting further research on the patient.