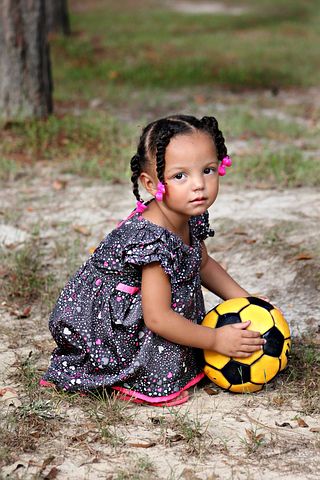 I am totally mystified by the whole controversy with the USA womens’ soccer win and celebration. Some sports have rules about over celebrating, soccer is not one of those. These are not young children on a soccer field learning the game. These are adults who work out, train, practice and are passionate about their sport. The game has a beginning and an end and both teams should be playing to their full potential until that last whistle blows.

It brought back and a very vivid memory of a four year old girl that was playing on her first soccer team. Clearly at that age it was all about learning the game and there were many helpers on the field trying to teach them some skills.

The children were all around the ball and the helpers were reminding them that they couldn’t touch the ball with their hands. They were all to tight around the ball that kicking it didn’t seem to be a viable option. She put her hands on her waist and proclaimed “Someone has to do something or we will just stand here all day” and then reached down and touched the ball.” I was impressed.

Sportsmanship is important. Celebrating is part of that. Is over celebrating is a concern the rules will eventually change.

These aren’t little girls learning a game. These are women who have trained for this opportunity for a lifetime.