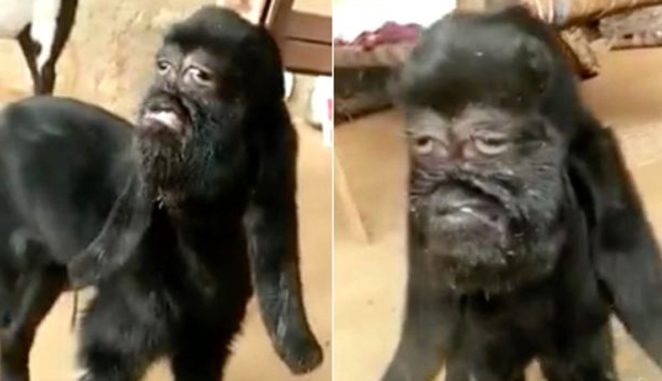 A goat has been born in the village of Rajasthan, Indian state, which does not resemble ordinary goats, but the appearance of the face resembles that of a human being. According to the locals, a goat was born in the village, which surprised everyone, because his face is flat and his eyes are like human eyes and locals has start believing that this is special goat send by God for purpose.

The owner of the goat says that his goat has a mysterious defect called ‘cyclopia’ and the disease is caused by genes. He said some residents of the village are worshiping this goat as a deity sent by God.