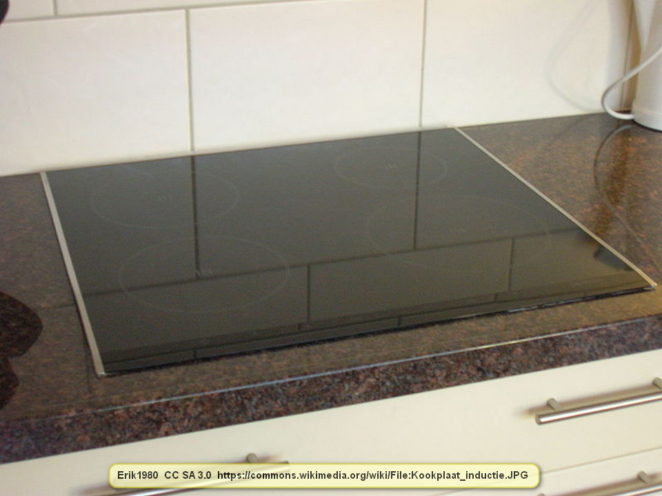 I don’t know if anyone else here has a glass stovetop, but I’ve found a neat little trick for keeping it clean. It can also work on glass cooking dishes or porcelain.

The issue with glass stovetops is that splattered food can cook in on the surface. Scraping or using harsh abrasive cleaners can scratch the glass. However, it is unbelievably easy to clean these surfaces using basic chemistry.

Okay, the mention of chemistry probably turns a lot of people off, but I really do mean ‘basic’. Almost everyone probably knows what happens when you put a base and an acid together. The two cancel each other out while foaming as the reaction releases oxides. For example, adding vinegar to baking soda yields water and carbon dioxide.

This is allowed to sit and work for about 15 minutes, then the towels are removed and the stovetop is wiped off with a damp dishcloth or towel. If the burned on gunk is especially bad, this may need to be repeated and there have been times when I’ve applied the vinegar first, allowing it to sit long enough to penetrate the baked-on food, then the washing soda is applied, with paper towels over the top.

The chemical reaction loosens the baked-on stuff, making it a much simpler matter to wipe it away without scratching the surface.

With a little ingenuity, this can even be used to clean stained toilets and bathtubs. With toilets, the bowl needs to be drained, though, since the water will dilute the vinegar and washing soda, making the reaction weaker.