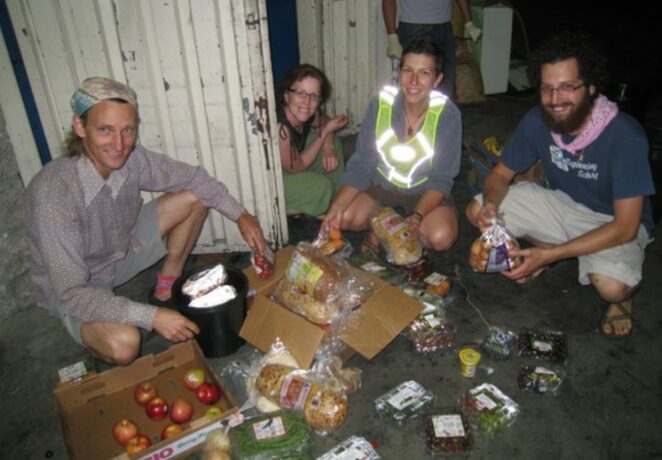 A letter in our local newspaper read as follows, Two weeks ago, a newly out of work, I.T. specialist, went to buy the last food he had the money for. He was about to walk to his nearby parked car when he saw a young girl reaching into the store-dumpster, so, he walked up to her. After greeting her, he asked her what she was doing and she said that she was practicing Freeganism, and is doing so since she is a hairdresser who had to stop working due to the lockdown and that since her dad had died, she was looking after her elderly mother.

She had paid out the last of her cash on advanced rent money for the room she and her mom were staying in. The I.T. guy dove in with her and helped her search for discarded fruit or vegetables. He came across an entire crate of “marked” or damaged fruit and vegetables and was about to lift it over the dumpster-side for her when the store manager walked up to ask what they were doing.

So, after explaining what her situation was, the manager decided to grab some expired tins of food for her. He loaded the food into his car and dropped her off at her home. The next day the store manager left a palate with expired tins of food and fresh items next to the main entrance, with a sign, “Free Food For Anyone, who needs it.” Dozens of hungry folks have since appeared. According to the store security guard, the group has grown into several dozen people of all ages, visiting the store’s free food palate.