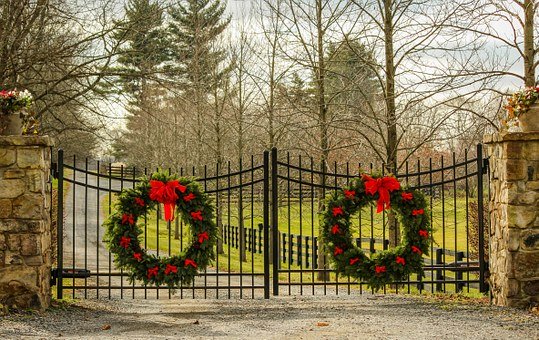 During the Roman rule, the emperor persecuted people who practiced other religions and celebrations, including Christmas. In this season, the Romans celebrated the Festival of Saturnia, their own religious holiday. During this festival of the Roman god Saturn, traditionally a holly wreath was given as a gift. As a hidden message to other Christians in the region, Christians would hang these wreaths on doors to signal that Christmas was being celebrated in their homes.