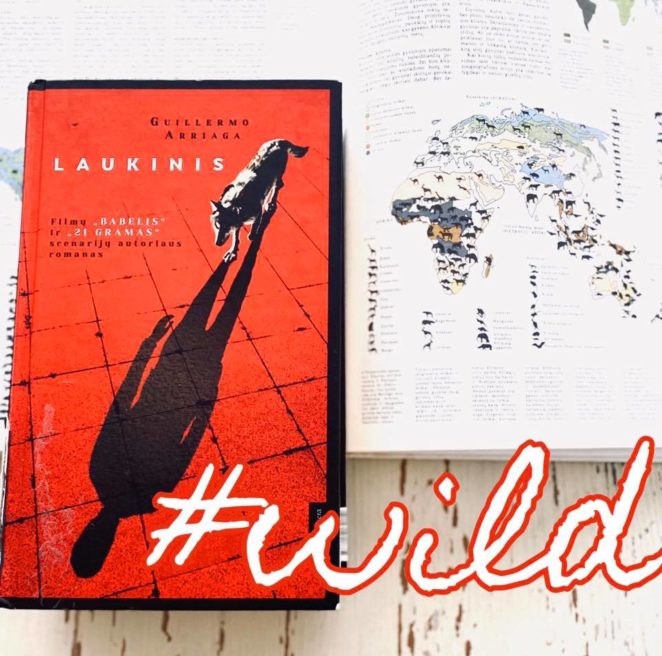 Guillermo Arriaga, it turns out, is a famous and well-known figure in the film world who has produced very good films, which are highly acclaimed by film critics. Since I’m not a big expert of cinematic stuff, but I like them a lot, still, this name didn’t tell me much. Indeed, the book has been haunting me ever since it was released, but it didn’t attract me at all.

Many people praise its great cover, and to me, it doesn’t look very extraordinary. Somehow and the annotation I did not attract, I do not delve deeper into what about the book was. But last week’s visit to the library ruined my plans not to read that book.

The librarian responded so nicely about The Wild One, calling it her book of the year, claiming she had read it in just a few evenings (the book was quite thick) that it was already awkward not to take The Wild. I picked it up. And oh my God how well I did!!

The protagonist of the story is Juan Guillermo, who has been accompanied by death from the very beginning of life. Already in his mother’s womb, he lost his twin, and later, he lost everything dear to him. He was born and raised in a poor neighborhood in Mexico, but the boy’s parents were the last to try to protect their children from all the negative colors.

Despite their efforts, Juan saw everything: gang warfare, illegal business, dishonest law enforcement, looked to death’s eyes from the close, and cultivated the ability to survive in the most difficult conditions.

In parallel, we also observe the Inuit Amaruk hunting in northern Canada. He pursues the wolf of his destiny, a big and massive beast, which he must hunt. Inuit’s task is difficult, he gradually loses his sanity, begins to roam, but in his sky,  the only purpose is the wolf. Later, seemingly absolutely nothing to do stories brilliantly merge and completely take away the speech.

I would never have thought that this book would get me so involved. It’s so good, it’s so great that I didn’t even want to finish it. It’s not an easy novel: The Wild takes time, focus, attention, and sometimes just stop reading. Because there is something to think about here. From the relatively simple things like the social woes of Mexican quarters to existential, death, temporality, and freedom issues.

I warn you, the novel is truly brutal: in the subtleties of the quarter, Guillermo has not kept silence in anything and blood flowed freely in the text. Exactly the same with hunting scenes.

Another great thing that felt on the pages is that the author was absolutely in no hurry to write. He has been writing a book for almost six years and can, therefore, feel the weight of every sentence, though. It is rare to find such books lately. Those who are good from the first to the last page, those whose stories you will carry in your heart and rethink not once.

This book is so multi-layered, so cinematic, so multifaceted, and yet so sensitive and beautiful. How many colors there are in the world, so many Arriaga has poured into his work. I really enjoyed it. Undoubtedly it is one of the most memorable books I have ever read.