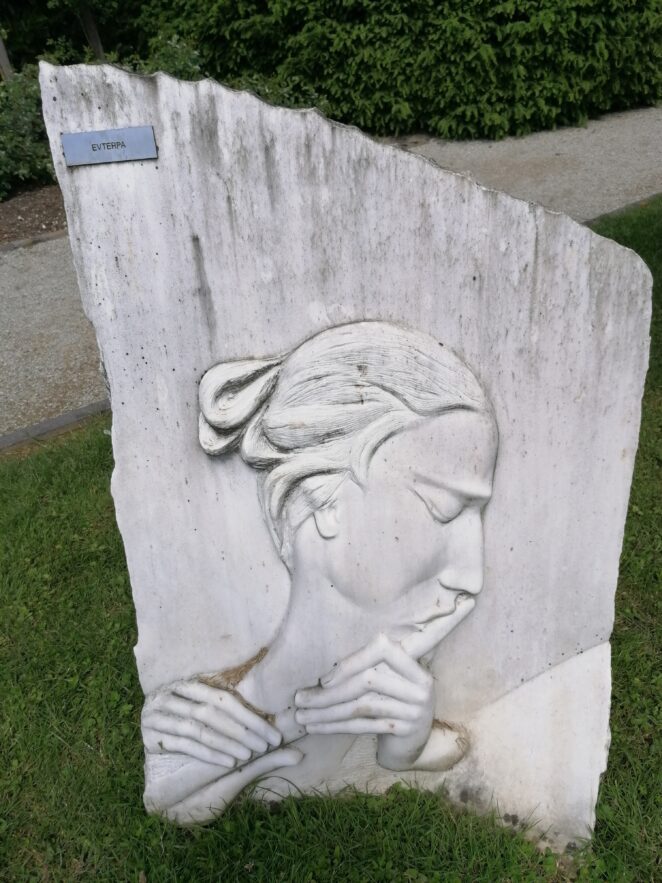 While walking through the park, I noticed a stone slab with the image of the Greek muse Evterpa on it. The plate is placed in the part of the park where the roses are planted.

Evterpa was one of the nine muses in Greek mythology whose task was to briefly and delight the Greek gods on Olympus. Evterpa is a muse of music and is known as the one who invented the flute, for which she is usually represented by a double or simple flute. Muses are mythological goddesses, daughters of Zeus and Mnemosyne and guardians of science and art. They resided in their temples.