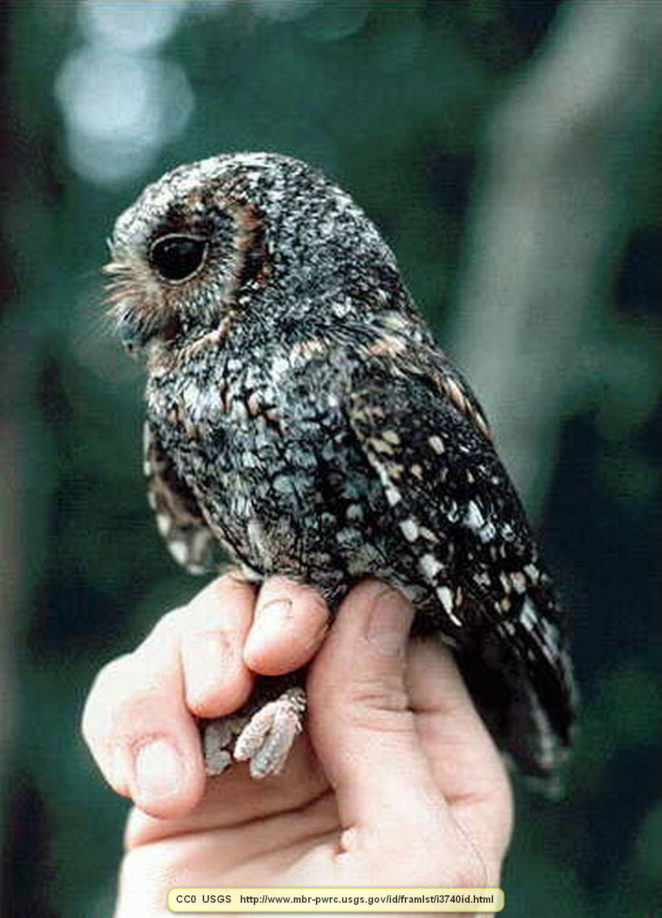 The last owl we took a look at was the great gray owl, which is the largest owl in the world. Now we are going to go from a really big owl to a tiny owl; the flammulated owl (Psiloscops flammeolus).

Like all of the owls we’ve talked about thus far, flammulated owls are found in Montana and they breed here as well as elsewhere. Like most owls, it is also nocturnal. However, it is also different than most owls in a few ways.

For one thing, flammulated owls are only about 6 inches long. The females also weigh about 2.3 ounces and the males are somewhat smaller, at around 1.8 ounces. That is positively tiny for an owl. However, they have a 14-inch wingspan, which allows them to fly strongly and fast.

Flammulated owls are also one of the very few migratory owls. They winter in Central America.

So what would such a tiny owl eat? That is yet one more way they are different than most owls. Their diet consists almost entirely of insects. Very rarely, they will eat a rodent, but that is normally limited to the tiniest rodents.

Flammulated owls are surprisingly numerous, though not as surprisingly, they aren’t often seen.