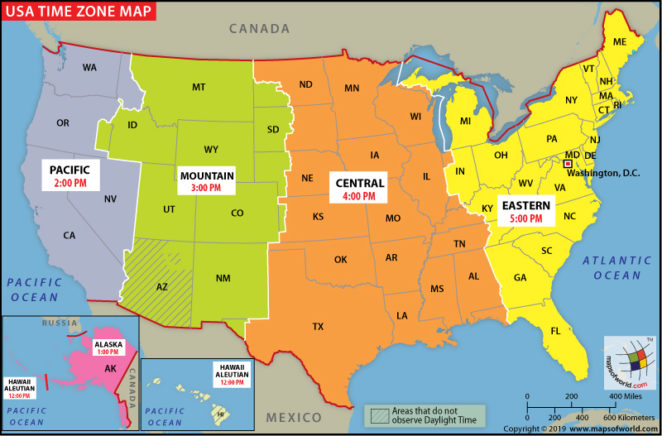 Time can always get us confused especially when we change the clocks in the spring and the autumn. If you would be traveling across the U.S. you would have to remember that there are four standard time zones.

Before the time zones were set people who traveled across the states would tell time by local “sun” time. This was way before the invention of the railway. When a person traveled to the east or to the west they had to change their watch by one minute every 12 miles in order to have the correct time. This became a big problem when train travel made it possible to travel hundreds of miles in one day. Therefore railroad lines had to create schedules for arrivals and departures.

At first, the frustrated railroad managers attempted to solve the problem by establishing 100 different railroad time zones.  This just made the situation more confusing. Finally, four standard time zones were established for the continental U.S. – Eastern, Central, Mountain, and Pacific. The U.S. Naval Observatory was responsible for establishing the official time in the U.S. At 12 noon on November 18, 1883, the observatory began signaling the change.

Greenwich Mean Time is the official time used by the U.S. Naval Observatory. Soon all across the U.S. people were able to know what time it was.