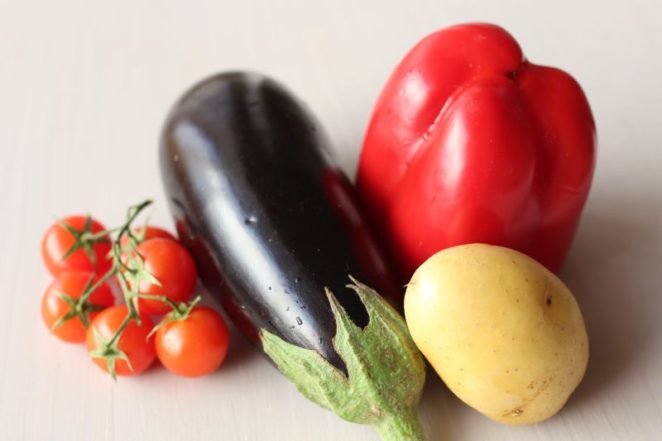 Did you know that there are foods that can help those who are trying to quit smoking?

Eggplant – This is perhaps the food that is most associated with nicotine. There are even those who argue that the eggplant smells like tobacco (is it?). In it we find a relatively high concentration of nicotine, but of course, nothing that compares to that which is present in a simple cigarette. If you eat 10kg of aubergines, this is equivalent to smoking a cigarette.Tomato – The tomato has in its composition the alkaloid (substance derived from plants, fungi, bacteria or even animals) of the nicotine, called tomatina. This alkaloid is very present in the tomato that is in its greenest state, but it decreases as it matures. Consuming 250g of tomatoes is the same as spending three hours inside a room with tobacco smoke.Potato – As in the case of tomato, the nicotine alkaloid is also present in the potato: in this case it is solanine. Unlike tomatoes, as potatoes cook, the amount of this substance increases. If you eat 150 grams of potatoes, that’s equivalent to spending three hours in a room with tobacco smoke.Peppers – In the case of peppers, among the alkaloids present in it are solanidine. Make some eggplants stuffed in the oven and accompany with a mashed potato! Does it look good on you?

Along with all this, you can also count on the help of other foods, also they able to help prevent you from lighting the cigarette (but without nicotine). They are the water, which eliminates the toxins from the body; kiwi, which helps replenish the vitamins that tobacco reduces; the lemon, which protects the skin and has vitamin C; and carrot, which is a great help in protecting the lungs and facilitates the elimination of free radicals caused by nicotine.