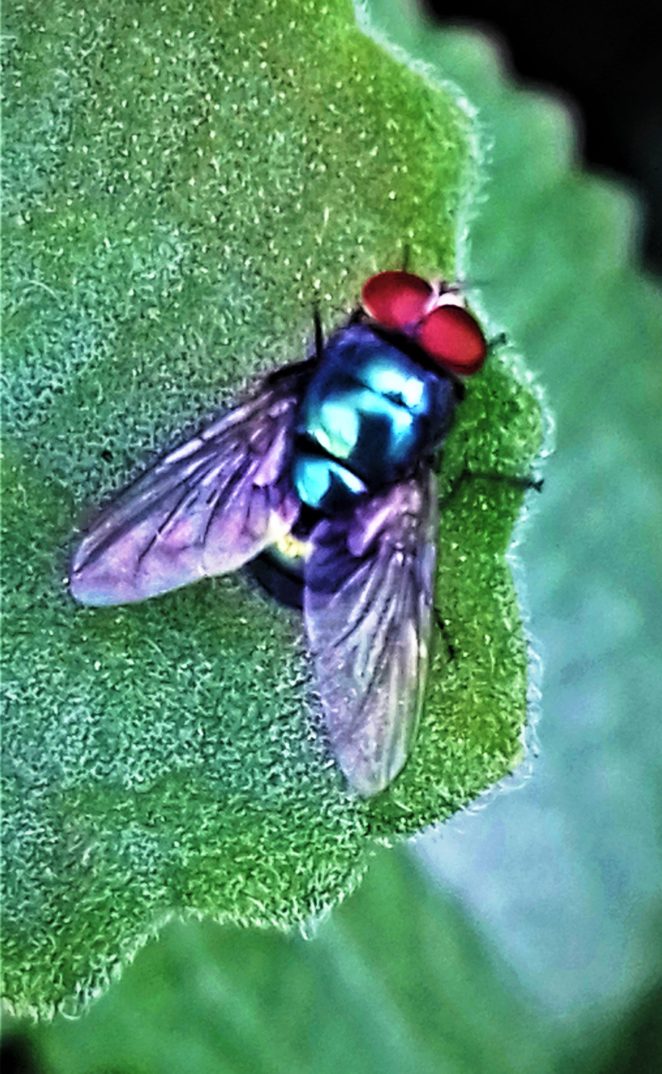 The technology of flying flies is very magical. These insects can fly in any direction without fear of being affected by wind direction and speed. In maneuvering, flies can suddenly change direction in all directions without reducing speed.

For many people, flies are disgusting animals. Flies flew here and there, he landed in the trash, in animal feces, maybe even in our food. With these conditions, flies carry a lot of germs on their bodies and become disease spreaders, so many people try to keep their food and drinks away from flies, so they don’t get diseases like diarrhea and so on. So, the disgusting animal predicate is right for flies.

However, if we pay attention to the fly more deeply, we will find some things about flies that are truly inspiring for us to learn critically. For example one part of a fly that is its eye. The eye of a fly is a compound eye that can inspire our minds to reflect on the philosophers’ perspectives and ways of thinking, namely lovers of wisdom. Because the compound eye of the fly sees a ‘thing’ from several divisions of its compound eyes so that the fly can catch objects that it sees clearly. As well as learning critical attitudes, like the eyes of a fly, our minds are invited to recognize the viewpoints of philosophers one by one in understanding the world.

Besides that, flies have various tasks that are no less important than other creatures. Flies are assigned to clean various disease bacteria and at the same time to eliminate various toxic substances. It does not move bacteria. But on the contrary, it actually destroys harmful bacteria while eliminating them by swallowing and eating them. He changed toxic materials and materials into other material. That way he has helped block and stop the spread of various diseases. If you only think about their own interests, it’s rather difficult to pay attention to one benefit of flies for us. In fact, it can entertain us at our own time and be lonely, it is also able to awaken us from the negligence and anxiety that exists. It reminds you of the tasks that humans have such as moving, actively working, always maintaining cleanliness and always washing their faces and eyes.

Hostile flies or other beneficial animals have no meaning. There is even an essence and thought which states that hating flies is a form of tyranny against animals that have been helpful and friendly to humans.