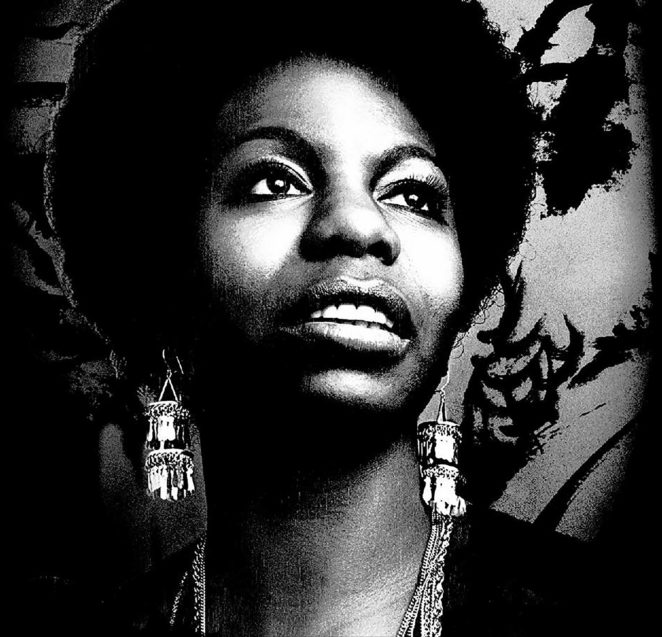 Have you ever seen the movie was “Point of No Return” (1993)?  The main character was a young woman; a poor lost soul who had committed murder, with absolutely no feelings of guilt or remorse.  A man, who worked for a government, decided instead of her going to jail, he would recruit her and train her as an assassin to do “dirty work” for the agency on secret missions.

She did her job well.  Eventually, however, she wanted out of that type of life.  She asked her boss if she could leave and go live a normal life.  But why?  Oh, you know! The usual reason.  She fell in love with a normal guy.  Ultimately, her boss figured out a way to let her go.  He had grown fond of her and even though it was against “agency rules”, he let her go.  But not before he had learned one special fact about her.  She said that she liked “Nina Simone”.

That struck a chord with me.  I thought to myself:  ‘Did she say Nina Simone?  The High Priestess of Soul?’

Yep.  That was who she said she liked.  She said that she liked her music because her mother listened to her music.

FICTION:  A trained cold-blooded killing machine who has good taste in music because of her mom.

FACT:  Nina Simone was real and a lot of real people like her music.

Bio Facts:  The artist known as Nina Simone was born Eunice Kathleen Waymon (1933 – 2003).  Her career as a singer/songwriter spanned 40 years.  This American singer/songwriter can be described as “iconic”.  In 2018 she was inducted into the Rock & Roll Hall of Fame.  Even her childhood home in North Carolina is considered a National Treasure.  Learn more.  The Official Home of Nina Simone | The High Priestess of Soul

Here is one of the songs often performed by Nina Simone which was included in the soundtrack for the movie.