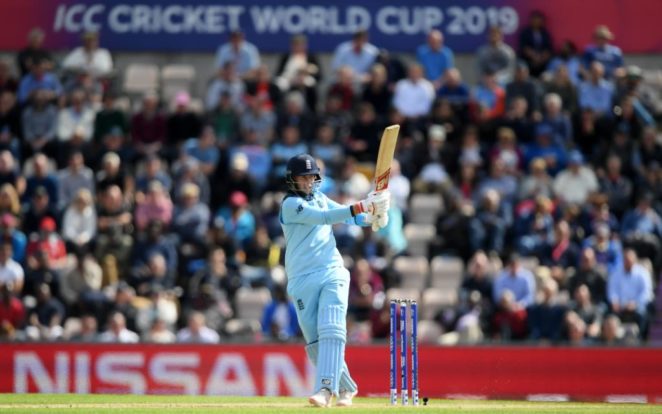 A clinical performance with bat and ball by England helps them overcome West Indies in Southampton. Their dominance in the game continue.

What a turn around by England and Wales Cricket. In last world cup, they can’t able to qualify for quarter final and knocked out miserably. But this time, it seems that no other team can play the quality of England cricket adopted by England.

They hosted ICC World Cup in 1975, 1979, 1983 and 1999. This is fifth time that England and Wales Cricket hosting Mega event of cricket. Despite inventor of cricket and one of the best team of the world, unfortunatly they never won ICC World Cup trophy. But this year, it seems that ICC 2019 World Cup belongs to England because they are playing some next level cricket.