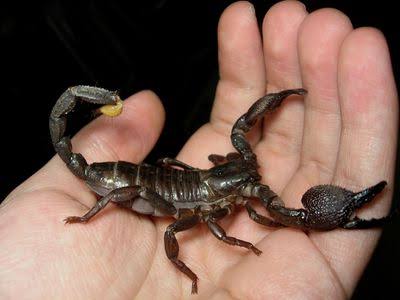 Emperor scorpion is not considered dangerous for human