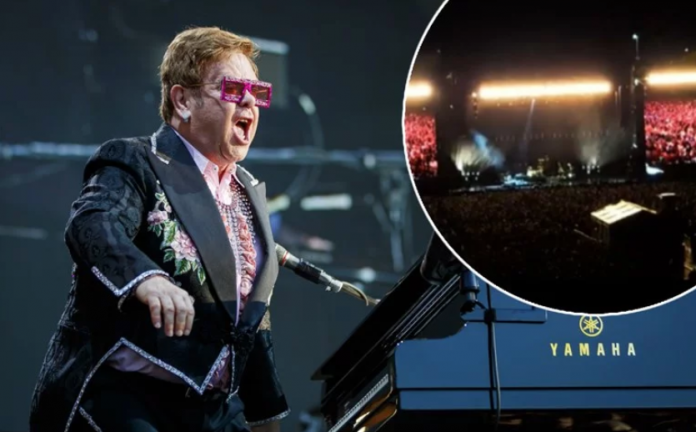 Elton John had to end a concert in Auckland, New Zealand on Sunday after a voice cast and left the stage in tears.

“I completely lost my voice. I can’t sing. I’m very sorry, “he said as he left the stage as the audience greeted him with a standing ovation.

The singer then posted on Instagram that he had been diagnosed with mild pneumonia, but despite his illness, he decided to perform.His voice betrayed him as he prepared to sing his hit Daniel.”I played and sang with all my heart until my voice betrayed me,” he wrote on Instagram. “I am disappointed, deeply worried, sad,” he wrote and thanked the audience for “outstanding support.”