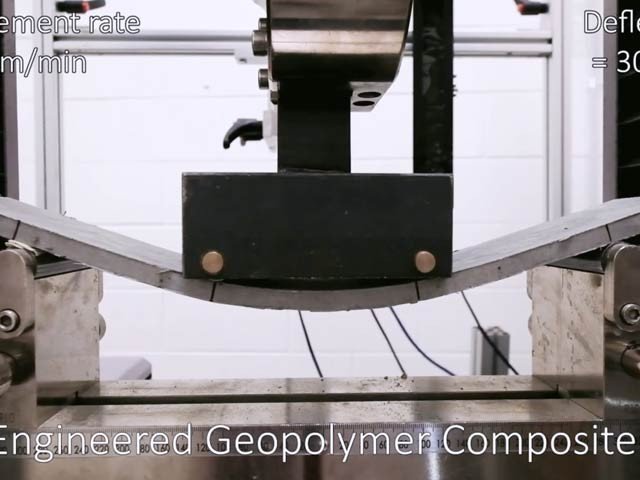 We know that cement making is not an environmentally friendly process and even though it is robust but not flexible. ۔ But now Australian experts have developed a highly eco-friendly and resilient cement that can be very effective in disasters and earthquakes.

Experts at Swinburne University in Australia have developed an eco-friendly concrete that does not require traditional cement to make and retains its elasticity even after drying.

Cement preparation uses very high temperatures which cause carbon dioxide emissions, but experts says the new cement is manufactured from industrial waste such as flying carbon in coal plants and other materials. It is a type of geopolymer composite that can be prepared even at normal temperatures.

Although there is research on flexible cement worldwide, cement manufactured in Australia requires 36% less energy and 76% less carbon dioxide emissions. Behzad Niamatullah, a scientist who researched it, says that the concrete made from this cement has been viewed 400 times more flexible than others.

As soon as concrete begins to break down, the polymer fibers do not allow it to scatter. For this reason, this concrete can be used to build buildings in countries like Japan and other countries of the world, where the risk of earthquakes remains high.