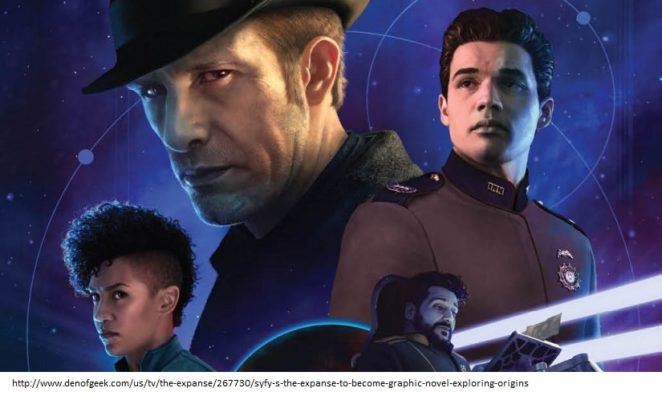 Another SF series that quickly won the hearts of numerous audiences. SF which in fact has very few special effects though the action mostly takes place in the universe. Some details, such as pouring coffee where the jet curves due to the Coriolis force, bring perfect experience to man really felt in the universe. The series speaks of the war and the conflict between the Earth, Mars and the station between those whose inhabitants are called Belters.