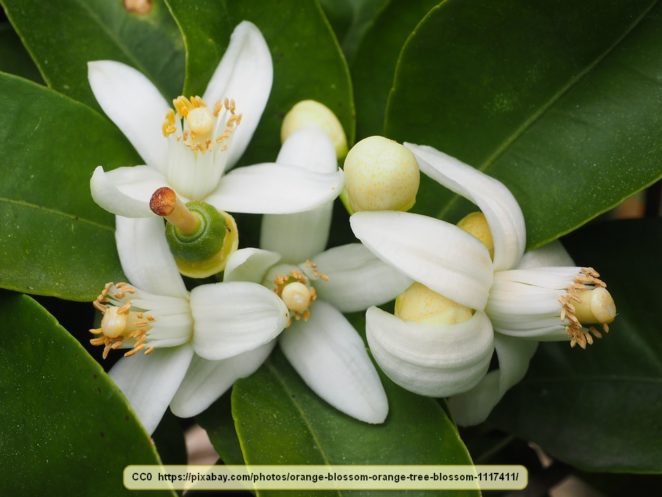 Many people who read this question would probably be inclined to say, “Duh! Orange, of course!” Would it surprise you to learn that this isn’t always correct?

There are many subspecies or cultivars of oranges in the world. In quite a few of these, the fruit is green when the orange is ripe. They never turn the color orange.

Part of the confusion is that many people think that the citrus fruit was named after the color. It wasn’t. The common name of the fruit comes from a Sanskrit word: “Naranja”. Naranja means “fragrant”. It isn’t totally clear if this was a reference to the blossoms or to the fruit since both are highly fragrant.

However, oranges first started showing up in Europe several centuries before “orange” was used to describe the color combination of red and yellow that we know as orange.

The oranges sold in America, and most of those grown in America, are orange for a reason, though. People here tend to associate ‘green’ with being unripe, even though that isn’t necessarily true in the case of oranges. Producers will often go so far as to insert orange die into the orange in order to give it the bright orange color so people will buy it. In other words, the reason virtually all oranges in the US are orange is because of a marketing ploy.

In a number of other countries, such as India, green oranges aren’t particularly unusual in the marketplace.