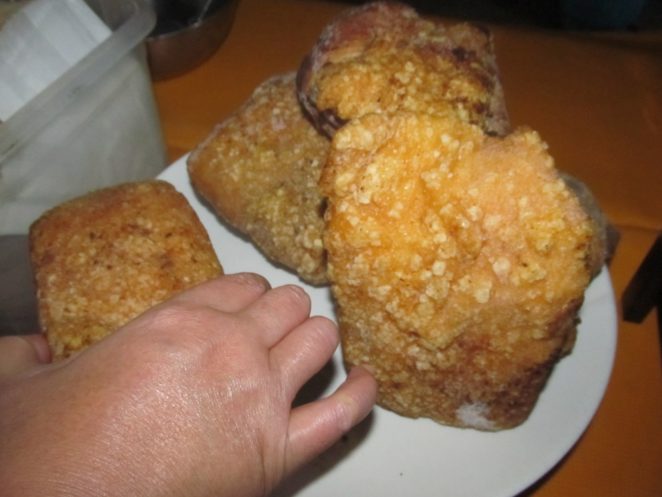 The crispy pork belly in the picture is called Bagnet which is an original delicacy of the Ilocos region in the northern part of the Philippines. The Bagnet is already half cooked to preserve the crunchiness of the pork rind. But it can only be eaten when it is fried to complete the cooking.

Old folks in the province say that the Bagnet was invented to make use of the product of the small piggeries. In those days, most families have a pig or 2 that they tend to multiply. When the pigs were a lot, they have to think of a way to sell it. It is not easy to sell a whole pig so the Bagnet is one way of converting the pig into money.