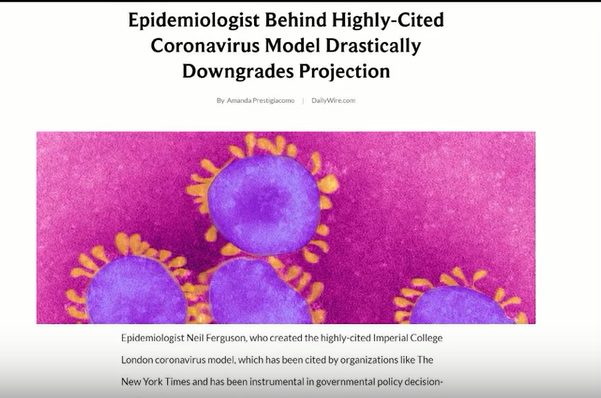 “The mistake is believing in any kind of authority; titles, followers, etc as they are all superfluous, even people who are very ignorant can come up with amazing things, and people that are seemingly very intelligent can do very stupid things; the key is to judge the ideas, not the people saying them.”Larkin.

A commentator wrote about why people should never get vaccinated, saying, that a Canadian doctor told his mom she should take the swine flu vaccine and the next day she couldn’t walk anymore and she spent the rest of her life in a wheelchair. A lot of people did actually take the vaccine shot, and just like many others today are now doing the same stuff with COVID 19 coronavirus and it’s pretty incredible how everyone falls for it time after time. This hoax is by far the biggest and the other ones were probably just practicing and the swine flu one was before the Rockefeller institute came up with their diabolical plan to do a lockstep top-down authoritarian control, using a virus or at least the guise of using a virus. There’s still so much evidence available that shows this is not what they say it is.

This British scientist, Neil Ferguson from the Imperial College of London, was basically one of the top people who was saying this COVID19 is going to kill millions of people, he’s just come out in the last couple of days, saying, his computer models were wrong and had wrongly shown, that in the UK there would be probably five hundred thousand deaths and he’s now saying, based on what’s going on in real terms, that maybe it might be twenty thousand.

In fact, ten thousand of those were expected to die this year anyway as they were old or sick, in other words, the coronavirus in a place like the UK will actually have fewer deaths than the flu normally does.  Even the UK government downgraded COVID19 from a serious infectious pandemic to “really nothing” and that he might be thinking well I guess they’re gonna stop all these lockdowns and stuff, now that we know it’s not as bad as everyone thought it was, but, oh no no you don’t understand what’s really going on here…

NOTE: New York’s now supposed to be the big hot spot or epi-center in the world and there’s literally no one at these hospitals!!! Watch this video for much more weird stuff happening.

If you can see the truth, please warn everyone.