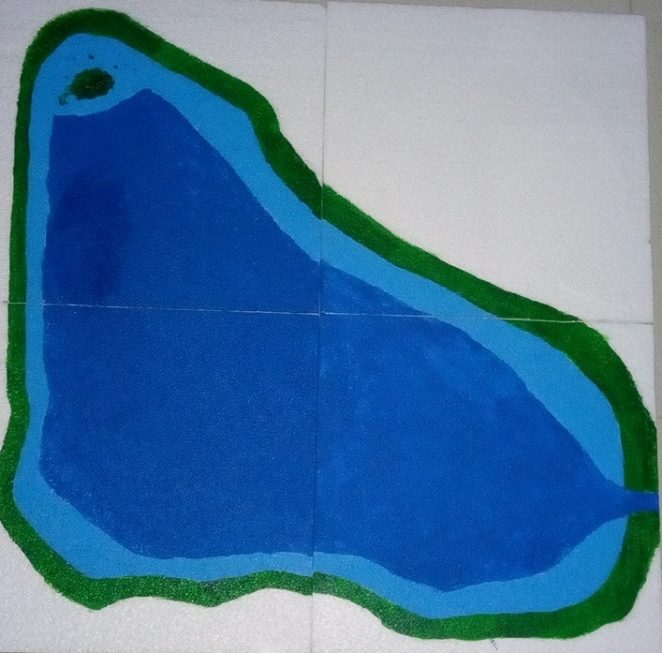 The image above was the visual aid used by my daughter during the demo teaching as part of the process for her application in a teaching position in a certain school. It’s a map of the Scarborough Shoal or the Panatag Shoal. A controversial island which is the subject of dispute between several countries including the Philippines.

My daughter who just graduated last March (2019) with a Bachelor’s Degree in Secondary Education with Social Studies as a major field, decided to apply in a school near my place of work. This way, we can just rent a place nearby and I can still take care of her. She was informed by her cousin about the job fair in April and after passing the qualifying examination, she was instructed to conduct a demo teaching.

I accompanied her because she was not feeling very well. We were at the designated place at 2:00 PM and waited for some time for her schedule. After setting up the projector, I went out of the venue and waited for her outside. I waited for more than an hour and she came out of the room. The teacher assisting her told me that they have to proceed to the Office of the President of the High School Department. I waited for another thirty minutes.

When they came back, the teacher informed me that my daughter will come back tomorrow for contract signing. Though I am positive that she will get the job, I was still surprised and asked the teacher, “Is she hired?” Of course, the response was affirmative.

As a mother, it is my happiness to see my children doing well in their chosen career. One of my dreams has been realized and I am so happy.