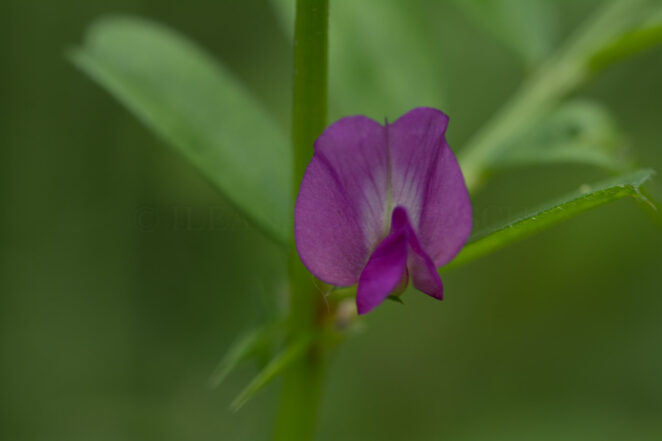 Purple  pigment was for first time isolated by Phoenicians from the Murex brandaris mollusc, living in the Indo-Pacific region. This pigment was very expensive.

The first discovery of a synthetic purple die, Aniline purple,  was accidentally discovered in 1856 by William Henry Perkin, who was only 18 years old, while trying to synthesize  qinin, a chemical used to treat malaria.

Instead of quinine, his beakers were filled with a brown sludge.   When Perkin cleaned out those beakers with alcohol,  this brown sludge became a bright purple dye, which in the end turned out to be aniline purple. He named this dye Mauveine.

Mauveine color looks like the color of this flower.