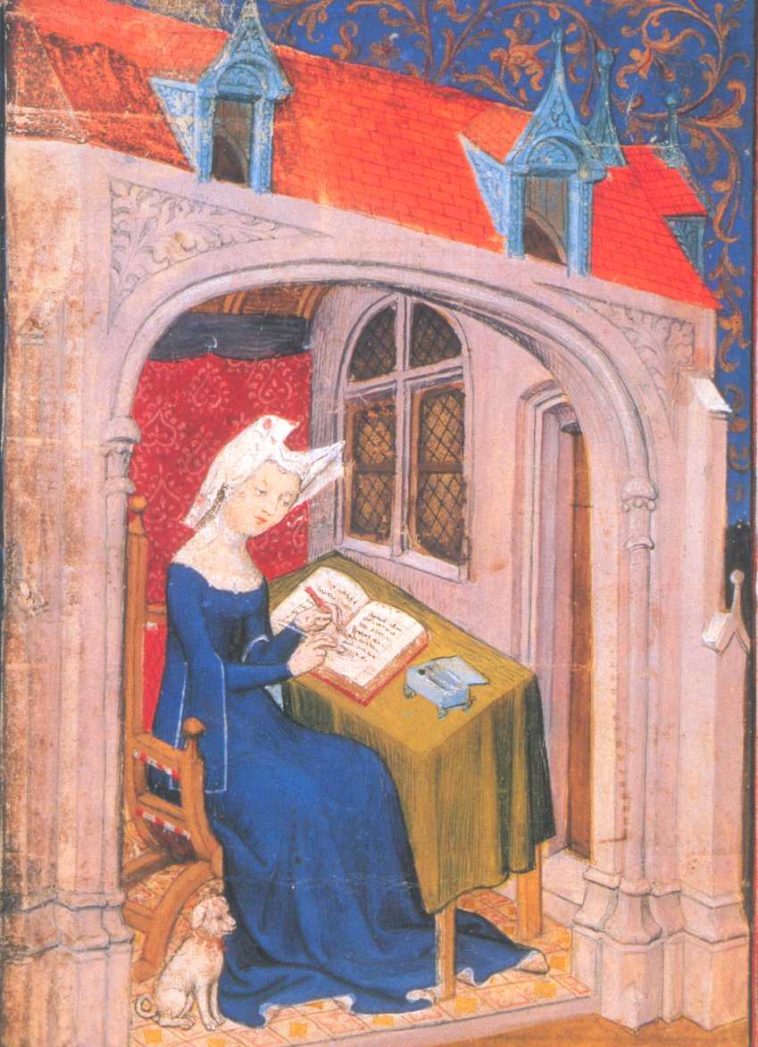 I was watching documentaries until YouTube suggested me a brief series of lectures about the mindset of women in the Middle Ages. I was touched by the story of Christine de Pizan and thought of sharing it with you. (Source in Italian)

Christine de Pizan was born in a wealthy well-educated family of Venice, in 1364. During her childhood, her father was asked to serve King Charles V of France in Paris as a court physician and astrologer.

Physician and astrologer altogether?! Yes, welcome to the Middle Ages.

Christine was one of the few literate girls at the time, reading and writing were her hobbies. However, the duty of all ladies of all classes was to get married and have kids. Christine respected this and, once she turned 15, she married the royal secretary Etienne du Castel. She was deeply in love with him, despite her role as mother and wife didn’t grant her as much time to spend on her favorite leisure activities as she used to.

Her husband died of the plague after ten years of marriage, leaving her alone with her mother and children, for her father also passed away the year before.

Christine was heartbroken. However, this loss was what made what came next possible. As she became the new head of the family, she was in charge of the finances. She had to support her family and, while attempting to retrieve what her husband was due, invested her time in what she was passionate about, i.e. writing, successfully turning it into a career.

She started with love ballads, often inspired by her loss and sorrow. Her poetry became so popular she was commissioned to write books, including the biography of Charles V of France, asked by the Duke of Burgundy. Christine de Pizan became the first lady who was recognized as a professional author!

Long story short, she also published books concerning her ideas about the current affairs, such as war, taxes and… the role of women in society.

Christine was disappointed by a book that was very appreciated at the time, The Romance of the Rose, a satirical poem where women were compared with roses, depicted as weak and merely good at seducing. She had the guts to criticize the popular book by writing two works, The Tale of the Rose and Letters on the Debate of the Rose.

In City of the Ladies, Christine speaks with three allegorical figures: Lady Reason, Lady Rectitude and Lady Justice, who help her “build the city”, or better, make statements about the values and virtues of women, how important they’ve always been in society, and claim the rights, recognition and gratitude they’re owed.

The sequel, The Treasure of the City of Ladies, is a manual where Christine offers advice to all women, from nobles to farmers, from nuns to prostitutes, both the married and the unmarried.

There’s much more to say, but I had to keep this short. I suggest you to read more about Christine de Pizan, if you found her story to be inspiring.

What do you think? I guess the moral of this story is that knowledge isn’t just power, but also freedom. Education can truly make a difference, while ignorance enslaves people. In this example, it enslaved women in the Dark Ages, but it can happen to anyone at any time.