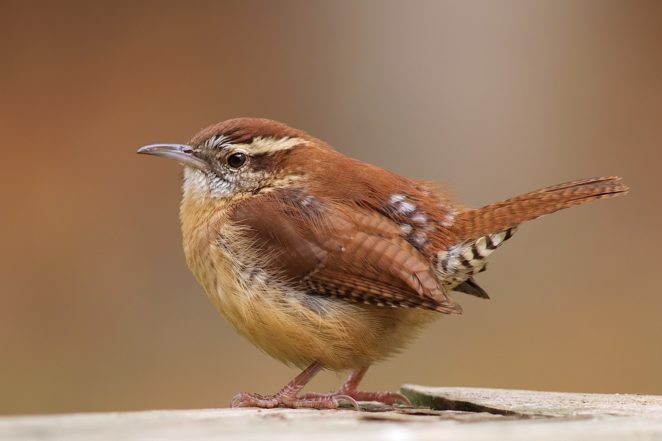 I have been watching a bird on my deck as he sings. No idea what kind he is, I thought maybe a house wren. But he kept singing louder and louder and looking in the window at me. So after a little research I found out this little bird is called a Carolina Wren. I was so excited to have identified him mainly from his song he kept singing. This is some information I found out about these little birds.

Carolina Wrens are territorial and will defend their own territories throughout the year. They are bigger than house wrens. They are often seen attacking the intruders aggressively and chasing them off from their territory. These wrens guard their territory together with their breeding mate, and would mostly use their calls and songs in order to advertise their presence in the territory they have occupied.

I was not able to get a photo just yet as he was quick to fly away. This one is from pixabay. I am still trying to get my own as he is right on my deck. I learned they also like peanuts. I have whole peanuts out for the Blue Jays. But they like them shelled. So.. yes I shelled a few peanuts for this bird and they are on the deck. We will see if he eats them. The things I do for the my backyard birds.