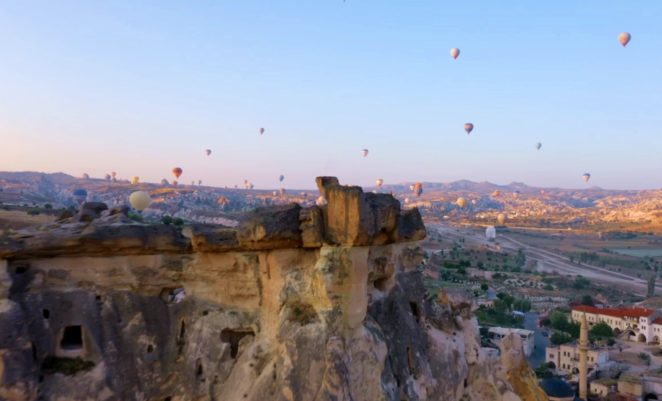 Often travelers love to use words: unique, fabulous. However, anyone who visited  Cappadocia in Turkey would not dare to oppose these descriptions – it will certainly not be too laud to say such.

The Cappadocia region formed between the Pont and Taurus mountains is one of the strangest landscapes on the planet and is one of the places you can’t believe until you see it.

Before about 60 million years, two volcanic volcanoes in central Turkey sank over 100 km in diameter under a thick layer of lava and ash. But the real magic began when maze-like structures formed in the volcanic terrain thousands of years ago.

Such underground rock tunnels were once home to local people. The rocks are connected by tunnels extending for miles.

It is must-see Cappadocia from the above so use hot air balloon which there are hundreds.