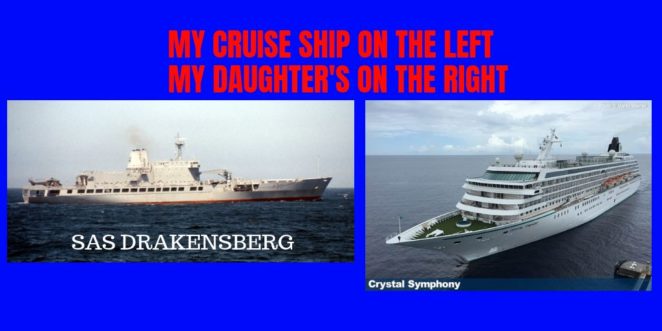 This is a composite image of the two ships I mention in the previous poll, as can be seen in the picture, they are quite different. One is built for servicing warships at sea and has a fully operational medical theater and two Puma evac helicopters, (one can be seen at the stern, rear of the ship) An advanced feature was its state of the art desalination plant, (fresh water from sea-water). The ship’s military code name is Y85. The company closed down soon after building this ship and its closing in 1991, had put 2000 workers, myself included, out of work.