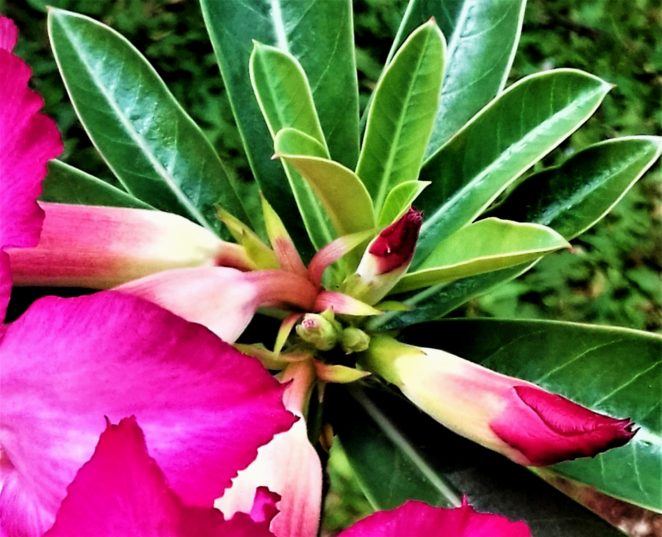 There are a number of things that when viewed from a certain point of view are a bit uncomfortable. The first is that I have seen some anger in several places and several faces today. Sad faces also appear much more than smiling faces.

Second, I feel there is a gray cloud surrounding the atmosphere of interaction in Virily, at least from a number of posts that I have read. Whether it’s just an illusion or my feelings, or indeed that is what has happened as well as rain which has been going along the day. Incidentally, before this, I had posted about the atmosphere which turned out, according to comments from friends could affect feelings. But that is the dynamics of life, and also the dynamics of groups or communities. Luckily, my compass works so well that I can keep going north as I mean.

Well, indeed, not every day looks beautiful, but it does not mean that a less beautiful event does not have unique benefits as beauty also has the potential of something bad. I saw some adenium flowers fall this morning, but I also saw a few buds ready to bloom soon.

It is human if our mood is affected by the situation but it is good if we at the same time we could aware our mood, whether positive or negative, beautiful or not beautiful, full of laughter or sadness, and that is emotional intelligence. With emotional intelligence, we will always be able to collect palm leaf ribs to put together as brooms.

Btw, first, I really understand if this photo is considered not a macro. Hehehe… for I just try to be loyal upon the challenge, and the second, you all should forgive me if it turns out my sensitivity is wrong and is just a mere prejudice. lol.