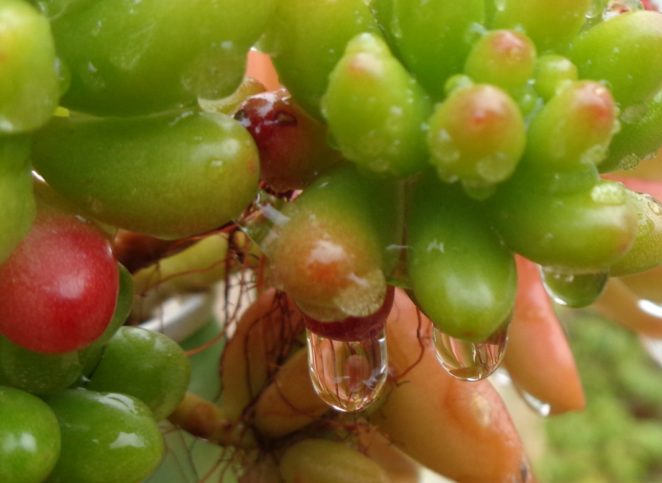 While the use of cinnamon in baking and cooking fills the house with heavenly aroma, cinnamon has its uses in the garden too. It is an excellent remedy for various maladies your could plants face from time to time.

Use cinnamon as a healing agent on cut or bruised plants. Some soft stemmed plants like adenium , succulent, cactus, Plumeria etc. easily get infected with fungus when there is a wound. Just a light application of cinnamon powder could hasten wound healing and stop fungal attacks.

Use cinnamon tea as a  spray on plants , especially vines affected by fungal diseases.  Orchids growers always use to cinnamon powder to keep fungal attacks at bay.

Aphids are a major problem in any garden. Spraying Cinnamon tea can take care of the aphids.

Ants in the garden mean mealybugs and aphids. These are symbiotic creatures. To get rid of mealy bugs and aphids you need to get rid of ants first. Use cinnamon powder mixed with talcum powder to sprinkle in ant infested areas. Talcum power is used only to increase the coverage area.

When planting cuttings dip the cutting in cinnamon powder to avoid fungal and insect attack as these stems grow.

Adding a tiny bit of cinnamon powder to potting soil prevents fungal and insect attacks on the roots.

A few drops of Cinnamon oil in tubs/ponds of water plants  prevents mosquitoes from laying eggs, These also kill any larvae that could already be there.

Cinnamon tea and cinnamon oil sprayed in the garden doesn’t just keep your garden smelling nice but deters insects like mosquitoes  and other flies from attacking your garden plants.

How to make Cinnamon tea

Boil 3-4 sticks of cinnamon broken into bit in a liter of water. Let it boil for about 5 minutes.  Leave the tea over night allowing let the cinnamon to release all its goodness.  Strain the tea , two time the quantity of water before spraying on plants.

Spray plants preferably in the evening. The sun ‘s heat combined with the potency of the cinnamon could burn your plants.

How often should you spray

Do it for 3-4 days regularly. to see good results.