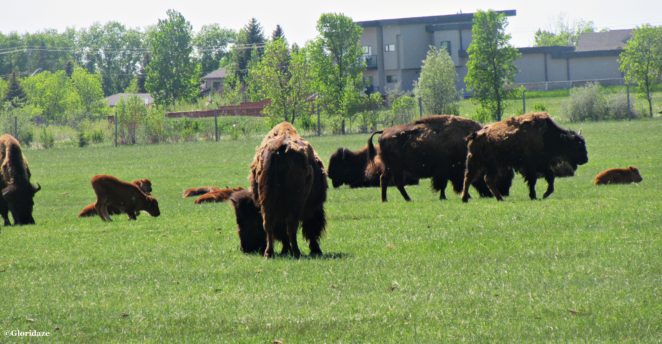 This herd of bison  resides at a nature park in our city. You can see them from a viewing mound, a tree house or just standing outside the fenced area.You probably have a great view if you live in one of those big homes overlooking the park. The center also has organized safaris of the bison herd.

It was interesting to learn that only two species of bison have survived today; the American bison (also called buffalo) found in North America and the European bison found in Europe.

The American bison has two subspecies– the plains bison and the wood bison. The bison in this photo is the plains bison. Six other species of bison that roamed the earth millions of years ago and up to 3,000 BC are now extinct.