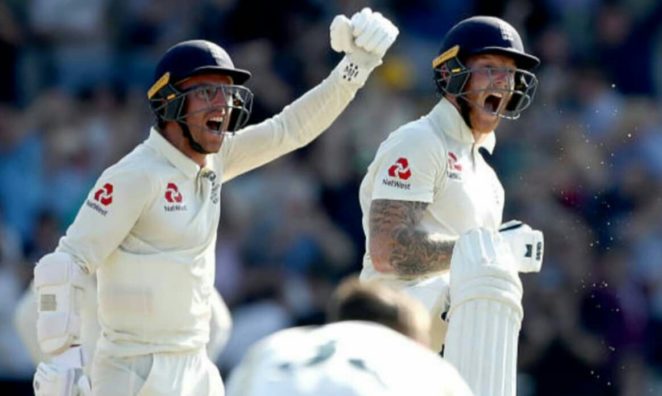 What a turnaround by England. From 67 all out in first innings to winning the match by one wicket. Once again Ben Stokes was man of crises and he did it for England once again. It looked almost impossible for them when England lost their ninth wicket on 286. 76 runs partnership for the last wicket in such pressure situation is just amazing.

He remain not out on 135. It was his 8th test century but i think was the best one. Jack Leach Scored just one runs in 76 runs partnership which means Ben Stokes single headedly won this match for England. He played like a champion in last phase of the match and showed the world that why he is one of the best allrounder in international circuit right now.