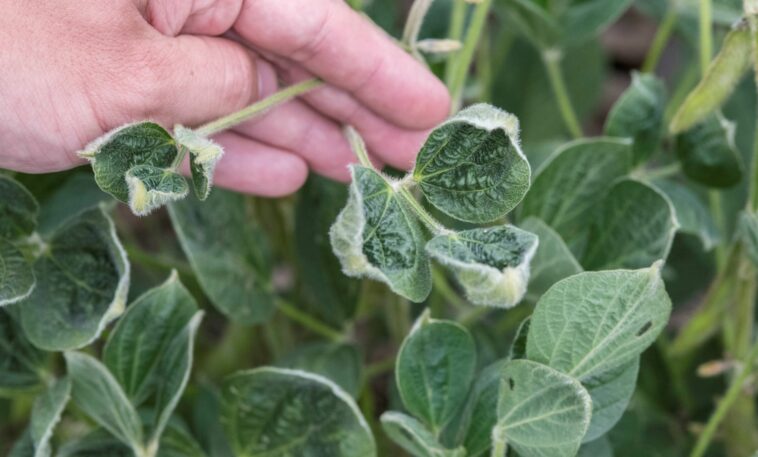 The US Ninth Circuit Court of Appeals heard arguments in a court case that could determine whether or not the fruits and the vegetables that you eat this year will be sprayed with the herbicide known as dicamba.  The National Family Farm Coalition (NFFC) filed a federal lawsuit against the US Environmental Protection Agency (EPA) and Monsanto over the use of dicamba back in 2016.  After four years of delay, the federal judge heard arguments from the NFFC and Monsanto.

The session was done virtually through video conferencing due to the coronavirus outbreak.  The judges listened to each side and only asked questions to the EPA.  The reason why the EPA was questioned is that they made a deal with Bayer, the new owner of Monsanto, back in 2018 to keep dicamba on the market until the end of 2020.

In the deal, the EPA allowed for dicamba to be sprayed on thousands of acres across the USA as long as Bayer and Monsanto provided research that proved that dicamba was harmless.  However, Bayer and Monsanto have not held up their end of the bargain because they have not provided that new research to the EPA.

The issue with dicamba is that the herbicide vaporizes at a very low temperature in comparison to water.  For example, water turns into steam at 212 degrees Fahrenheit (100 degrees Celsius).  Dicamba vaporizes at only 80 degrees Fahrenheit (27 degrees Celsius).  At that point, dicamba vaporizes and destroys all fruits and vegetables in fields adjacent to where the dicamba is sprayed.  This phenomenon is called the “Dicamba Drift.”  The side effects of dicamba when digested are nerve damage and cyanosis of the lips.  Cyanosis of the lips means that your lips will turn blue.

The judges did not give an exact date on when the verdict will be given.  If the NFFC wins, then dicamba can no longer be sprayed on crops in the USA.  However, this case would more than likely be appealed by Monsanto to the US Supreme Court.