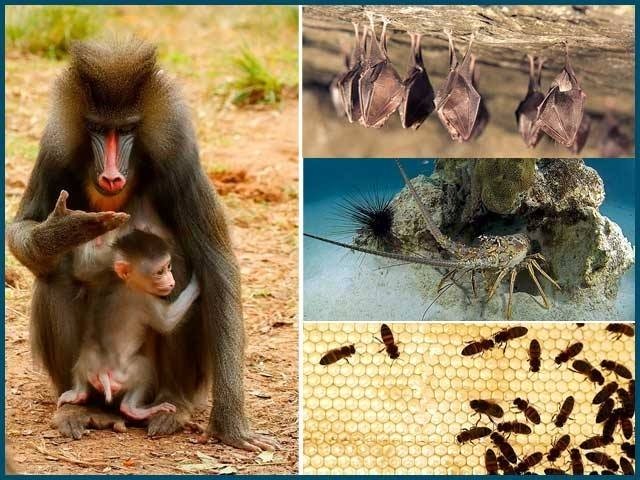 This year, after the Corona epidemic, there was a resurgence of social distance around the world. But it is an interesting fact that even in the factory nature, some animals get away from their sick companions or try to cure them.

Bats should be mentioned first. The trend of social distance in case of disease has been seen in the famous ‘vampire bats’ If vampire bats’ companions and young ones get sick, the rest of the healthy creatures move away from it and stop raising it.

Animal behaviorist Dana Holley says that in the world of insects, some species “isolate” themselves. ۔ In this way, they try to save their peers, for which they keep themselves in hiding. ۔ When one type of ant becomes ill, they do not go to healthy ants and are called garden ants.

When one type of termite  is infected with a particular fungus, it starts to thrive and thus other termites do not come close. Similarly, when a bee larva is infected with a bacteria, it releases a special chemical that is immediately detected by other bees and stays away from it.