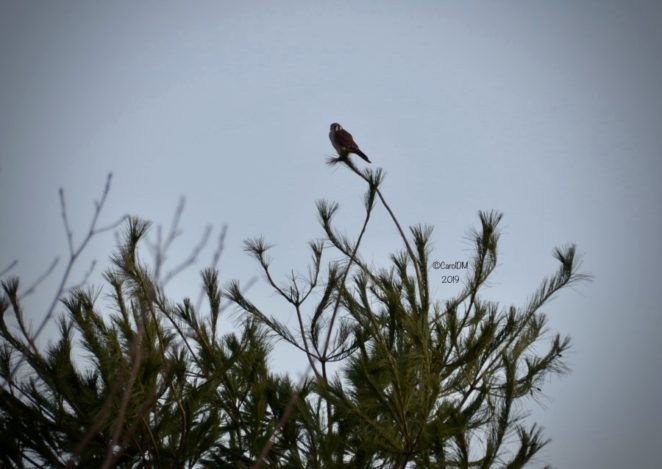 This bird only makes a rare appearance in my yard and he stays far away, usually in the top of my pines. He is looking for small prey. I managed to get this photo but you can barely see his silhouette. I could tell right away what he was, an American Kestrel. Maybe one day I can get closer to him.

The slender American Kestrel is roughly the size and shape of a Mourning Dove, although it has a larger head; longer, narrow wings; and long, square tipped tail. In flight, the wings are often bent and the wingtips swept back. American Kestrels usually snatch their victims from the ground, though some catch quarry on the wing. They are gracefully buoyant in flight, and are small enough to get tossed around in the wind.