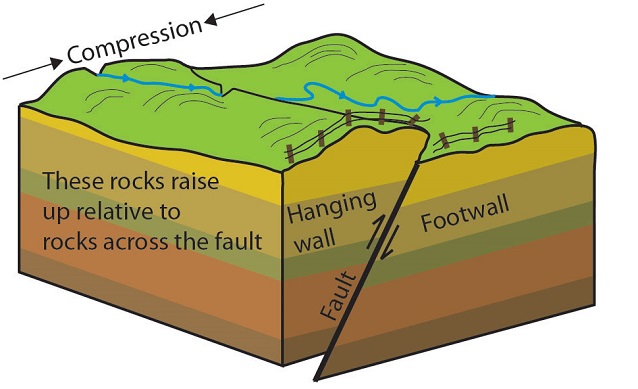 “In geology, a fault is a planar fracture or discontinuity in a volume of rock across which there has been significant displacement as a result of rock-mass movement.” – Wikipedia

However, I’m not talking about this “fault”, I’m talking about “whose fault is it?”, that fault. But of course, there are some similarity between the the 2.1) obviously that something is “displaced” or “discontinued”.

2) There would usually be pressure/compression of some sort.

Anyway, why am I bringing this up?

Well, I did mention about the miscommunication or lack of communication of the company I delivered for. They have since stopped giving me assignment for a few weeks.

They claimed that they’ve a parcel with me that I didn’t delivered. But I can swear that I’ve delivered all the parcels I’ve gotten from them.

Well it could be the parcel that was delivered to me when I was overseas. I did see a notification but with limited internet access, I couldn’t do much about it. I couldn’t even open the message until a later time. I asked my sister (who didn’t join in the trip) to double check for parcel after she returned from work, and she said there was none.

I’m not going to sulk and swear about “losing” this job, because if they’re really going to do so without investigating (never even asking me for any verification and information) then they’re not worth working for.

But I must admit that I was a little affected for a while thinking that I was at fault for not checking the notification fast enough until my sister told me that It wasn’t my fault, since I’ve given enough notification and reminders about me going overseas for that week but she still sent the parcel to me.

Well, just trying to say that. When its your fault, own it, but when its not, stop blaming yourself! I’m glad my sister snapped me out of it!

P.s: I mentioned about the cover image issue being fixed, but it seems like it has not. I still need to refresh the page. Sorry for the wrong information previously.

1) Post a anything, e.g: photo/art/poem/story/memories (not limited to) of anything that starts with the alphabet! You can go at your own pace for this challenge 🙂

2) Remember to put “Alphabet Crazy” in your title!

3) You’re free to combine with other challenges! Nobody say you can’t post a red aeroplane or blue elephant :p

4) You’re welcome to post non-English words (say your native language) but DO explain its meaning to us, so that we can learn from each other!