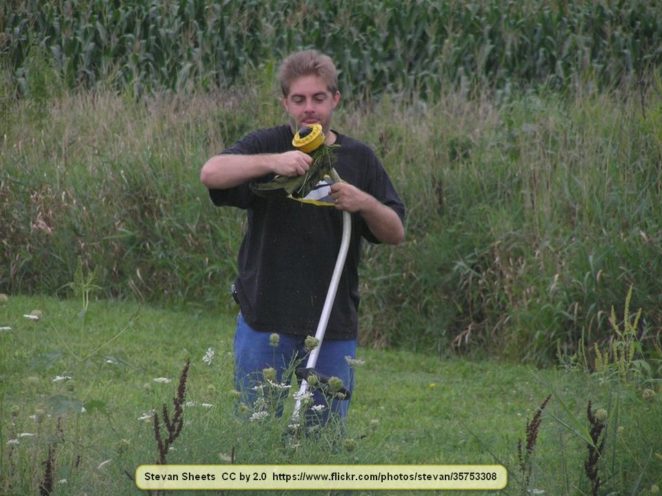 Have you ever heard the phrase, “All talk and no action”? It usually refers to the situation when a person talks about a problem or goal and sometimes even goes into considerable detail, but never actually does anything about it.

A couple of months ago, our pastor mentioned in a sermon that when he was young, he would sometimes come up with lofty plans and ideas for doing one thing or another. Often, he’d have things planned out in tremendous detail and could talk about any part of the plan for hours. He often would talk about them for hours to his dad and some of those plans would actually be good ones.

His father was supportive, but usually, things would never get out of the planning and talking stage, so sooner or later, his dad would look at him and say, “Well, you’ve got the talking part done.”

It was such a simple statement, but it was a powerful reminder that nearly all of us occasionally need. Regardless of the plan, goal, issue, or actual problem, so many of us will talk about it incessantly, even if we don’t do it out loud and only in our own minds. Too many times, it will never advance beyond that talking stage, even if we realize that if we never take any action, all the talking will be fruitless.

I’m as guilty of this as anyone else. As a minor example, about a week and a half ago, I talked to my family about the fact that I needed to get more gas in the gas can for my line trimmer (weedeater). I knew that I needed to premix the gas, putting two-stroke oil in the gas and adding fuel stabilizer since our gas contains ethanol.

It wasn’t much of an issue when we had a period of rainy weather because I wasn’t likely to be out weed-eating in the rain. However, we’ve had days of good weather since then and I still haven’t taken any action. I got the talking part done. That is all I’ve accomplished in that task, though it is a really minor task.

I know better. In fact, I’m quite aware of an excellent bible scripture that deals with exactly this topic. Proverbs 14:23 says:

All hard work brings a profit, but mere talk leads only to poverty.

The point of the scripture is that if we never progress beyond the talking, we never get anything done. This knowledge has been around a long time. Solomon wrote that over 900 years before Jesus was born. Yet, it is still quite true today.

So, am I going to get gas in the gas can? It is very likely that I will. The biggest question is when. However, I also remind myself of another saying: Actions speak louder than words.