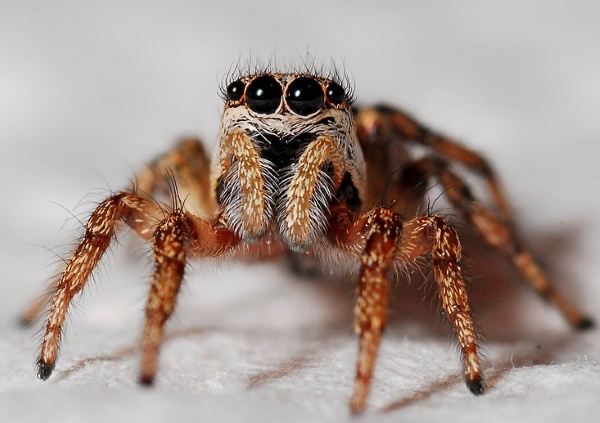 My posts about racism brought to light another interesting topic.

Propaganda, urban legends and negative experiences aside, there are more reasons why fear develops.

Dawn and DocAndersen mentioned on this post that it’s common for us to be afraid of what we’re unfamiliar with: the fear of the unknown, so to speak.

This is absolutely true. We tend to feel uncomfortable whenever we’re unable to explain and understand a phenomenon (paranormal activities are scary for this reason).

If knowledge is power, the lack of it makes us powerless, vulnerable.

While some people take this too far and become “control freaks”, it’s usually the survival instinct that tries to keep us alive.

Humans are a highly adaptable species, yet we don’t like unpredictability. Fears such as social phobia, agoraphobia or arachnophobia are common examples. We have no certainty of the outcome, we’re unable to prepare for it, again, we’re afraid of the unknown.

Other fears involve death. This mostly has to do with survival. At the same time, death symbolizes change, which means leaving what we know for something we don’t.

Moreover, death is something we aren’t always able to control.

Click here to discover a few odd phobias, to entertain yourself and cheer up.

And that was it. I’m taking a needed short break from the Racism In Italy series, I just wish I had more time to write and post more often, and visit your posts too.