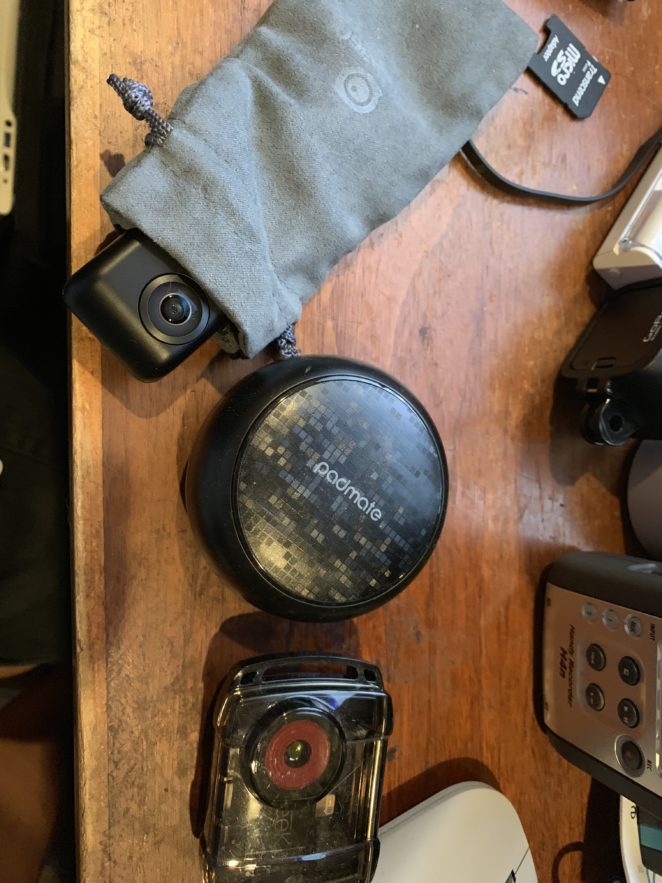 I won’t spend half my column space today on things I used to have or do, but I will say that over the years of pocket pc’s I got a lot of input devices. Now, with the iPhone, there are so many more things you can do with your device it makes me stop every once in a while. Now the thing is the things I was connecting years ago, are built into the phone now.

Like the reality of Windows (Microsoft adds functionality to the core operating system with every release, that used to be things you paid for) phones have improved. Camera, GPS is integrated into the system.

Just those four, by the way, are things you didn’t have ten years ago. You could buy an infrared camera, or for that matter a UV camera but they were expensive. You could connect your home weather station to your computer but not your phone. 360-degree cameras weren’t cheap ten years ago. They often started at around 10,000 dollars and went up from there.

The capabilities and functionality you can now have with your device simply in your pocket are beyond amazing. Every once in a while, I have to stop, and just be amazed. To borrow from the old song, I wonder if cell phones shouldn’t include sunglasses because their future is so bright!